Conflict, Education and Peace in Nepal: Rebuilding Education for Peace and Development

Increasing inequalities, political movements and violent extremism across the world cause social and political instability in which education is enormously implicated. Placed firmly in this wider global context, this volume explores interactions between education and armed conflict during the ‘People’s War’ (1996 – 2006) in Nepal.

Building upon theoretical concepts that deal with multifarious links between education and conflict, Tejendra Pherali provides a critical analysis of the contentious role of education in the emergence of conflict, as well as the effects of violence on education. Pherali engages with sociological and political theories to analyse the emergence and expansion of armed rebellion and discuss implications for peacebuilding and social transformation. He argues that education in Nepal played a complicit role in the conflict, primarily benefitting the traditionally privileged social groups in the society and hence, perpetuating the existing structural inequalities, which were the major causes of the rebellion. Schools, trapped in the middle of the conflict between the Maoists and the security forces, became a significant political space that facilitated critical education, providing intellectual strength to the violent rebellion. Exploring education after the conflict, the author argues that the reconstruction should adopt a ‘conflict-sensitive’ approach to deal with issues concerning educational inequity, social exclusion, and political hegemony of the privileged social groups. The volume provides invaluable insights into post-conflict opportunities and challenges for educational reforms that align with inclusive democracy, social justice and equitable development. 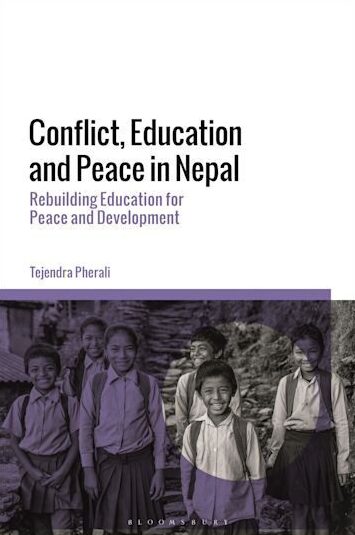