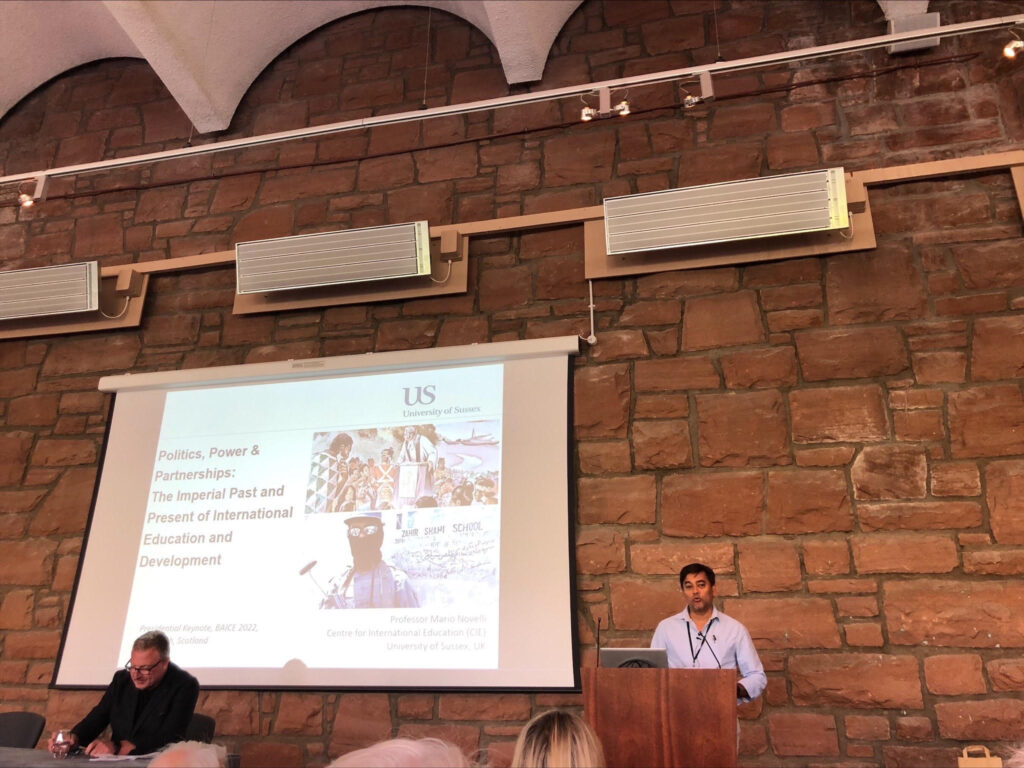 The Peace with Justice Network team (Professor Tejendra Pherali, Dr Laila Kadiwal and Professor Elaine Chase) presented a paper entitled ‘Co-constructing understandings of Peace and Justice:  Emerging learning from the Peace and Justice Network’ at the BAICE Conference (13-15 September) in Edinburgh. The paper was presented under the sub-theme of Partnerships in Conflict.

This paper presented some of the emerging insights from online dialogues within the Peace with Justice network in relation to (i) how across eight different contexts of the network peace is threatened by repressive states and armed groups that promote homogenising political visions, neoliberal capitalism and monolithic national identities at the expense of diverse and interconnected cultural subjectivities; (ii) what might constitute territorial, political and cultural justice within and across these contexts; and (iii) implications for theory, policy and practice for building peace, justice and trust guided and led by the knowledge and lived experiences of indigenous marginalised communities.

The discussion that followed generated insightful ideas around epistemic justice, decolonisation of knowledge production and allyship in struggle for grassroots movements for peace and justice.

The first AHRC regional symposium was held on 22nd September 2022 with participation from colleagues located in Afghanistan, India, Myanmar, Nepal, Rojava, and the UK. The second AHRC regional...

Institute of Thai Studies at Chulalongkorn University in collaboration with the Centre for Education and International Development, IOE, UCL’s Faculty of Education and Society, University College...

A two-day workshop on promoting peace through education in conflict- affected regions of Thailand and Myanmar was conducted on 19-20 March, 2022 at Faculty of Social Sciences, Chiang Mai University, Thailand.  With the support from UCL Global Engagement, University College London and led by Dr Tejendra Pherali, Professor Chayan Vaddhanaphuti, Director of the Regional Center for Social Science and Sustainable Development (RCSD) , Chiang Mai University and Hawng Tsai, Thinking Classroom Foundation are partners in this project.