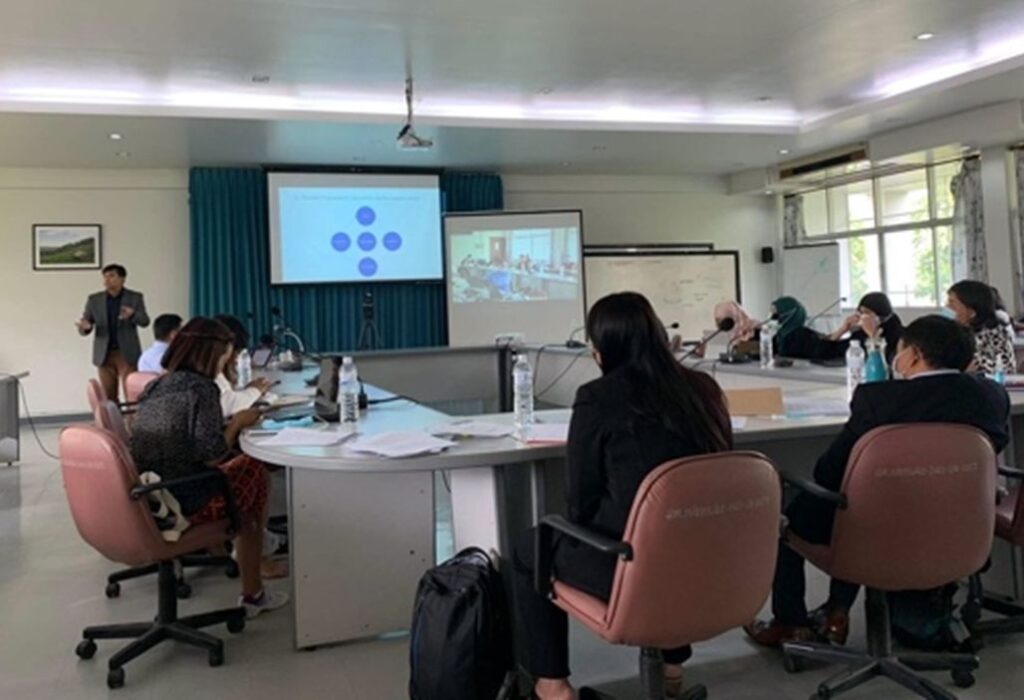 A two-day workshop on promoting peace through education in conflict- affected regions of Thailand and Myanmar was conducted on 19-20 March, 2022 at Faculty of Social Sciences, Chiang Mai University, Thailand.  With the support from UCL Global Engagement, University College London and led by Dr Tejendra Pherali, Professor Chayan Vaddhanaphuti, Director of the Regional Center for Social Science and Sustainable Development (RCSD), Chiang Mai University and Hawng Tsai, Thinking Classroom Foundation are partners in this project.

This event brought together educational practitioners and peace activists from ethnic regions of Myanmar and Southern Thailand to discuss ideas about the potential role of education in promoting peace and reconciliation in politically contested regions of Southern Thailand and Myanmar. For several decades, education has historically played a contentious role in hardening political divisions between dominant social groups and ethnic minorities in both contexts and ethnic education movements are resisting the hegemony of assimilative educational policies of the states. In the workshop, the discussions focused on how different ethnic education departments in Myanmar were trying to preserve their cultural identities, indigenous languages and ways of life. Participants expressed that peace could only be realised for local communities when they have the freedom to promote their own language, practice their own curriculum and train their own teachers which are often under attack by the state. This event provided an opportunity to learn from each other – particularly, the dialogue between participants from Southern Thailand and Myanmar was mutually beneficial; to build partnerships between individuals and institutions involved in the workshop; and help develop a broader research agenda collaboratively.

The first AHRC regional symposium was held on 22nd September 2022 with participation from colleagues located in Afghanistan, India, Myanmar, Nepal, Rojava, and the UK. The second AHRC regional...

Institute of Thai Studies at Chulalongkorn University in collaboration with the Centre for Education and International Development, IOE, UCL’s Faculty of Education and Society, University College...